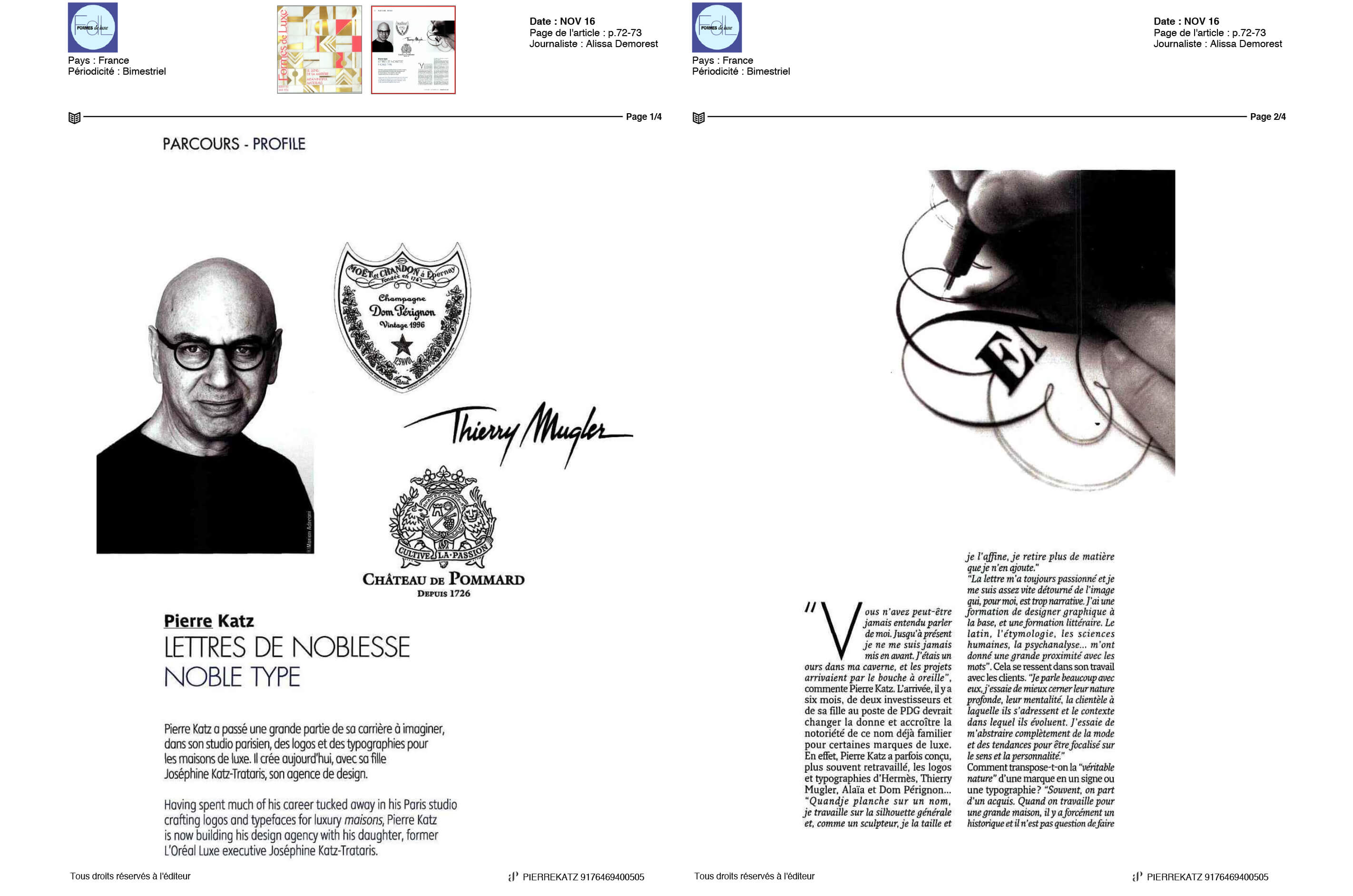 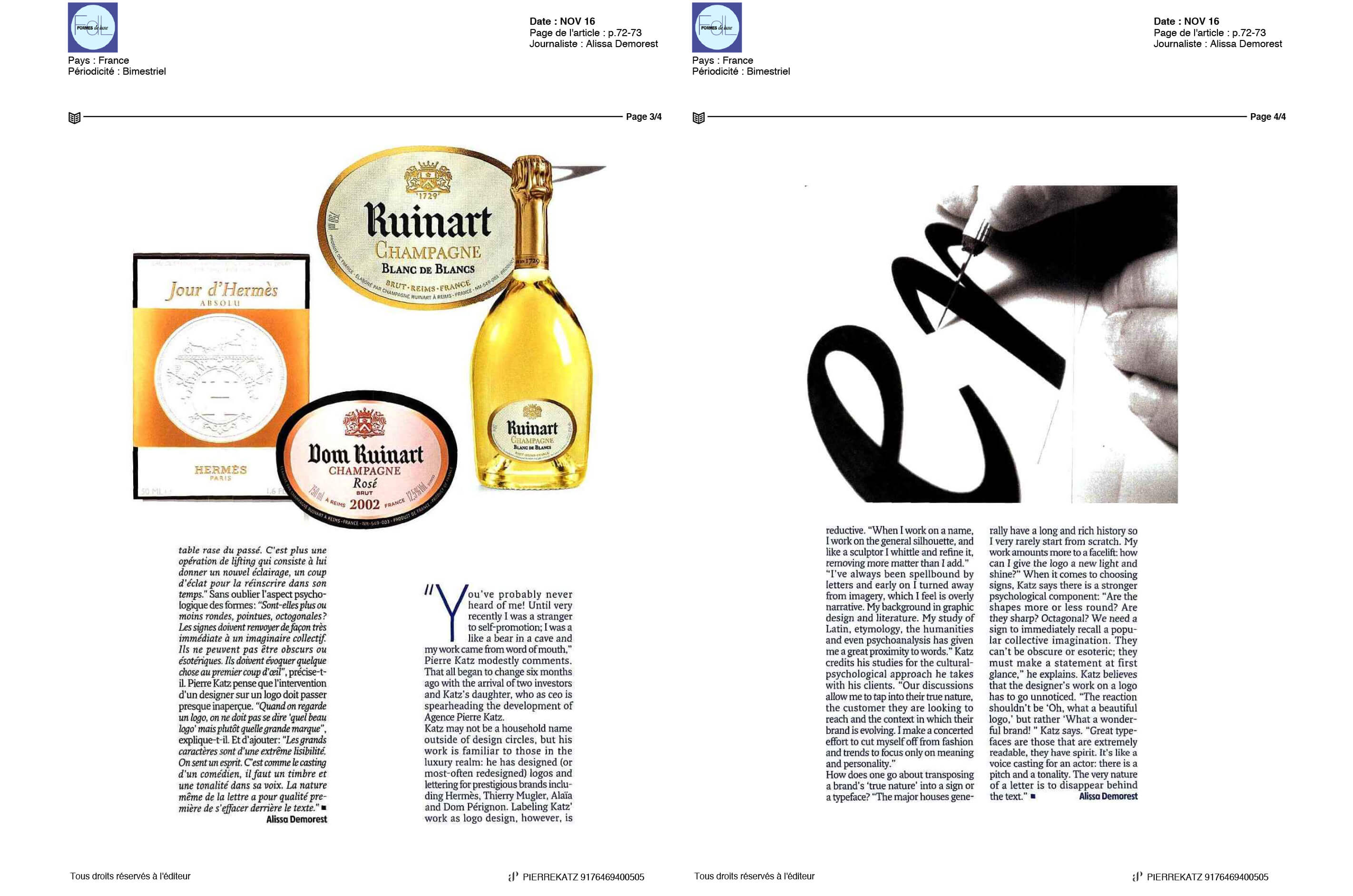 Forms of luxury draws a portrait of Pierre Katz and his "humanized" approach to design: he speaks of forms, characters, psychology, but also of transparency, meaning and history.

"When I board a name, I work on the general silhouette and, like a sculptor, I size it and I refine it, I remove more material than I add."

"The letter has always fascinated me and I have quite quickly diverted myself from the image which, for me, is too narrative. I have a background in graphic design and a literary training. Latin, etymology, the humanities, psychoanalysis… have given me great proximity to the words ". This is felt in his work with clients. "I talk a lot with them I try to better understand their profound nature, their mentality, the clientele they address and the context in which they evolve. I try to completely abstract fashion and trends to be focused on meaning and personality. "

How is the "true nature" of a mark transposed into a sign or a typography? "Often we start from an acquired. When you work for a big house, there is always a history, and there is no question of a clean slate of the past. It is more a facelift operation that consists of giving it new lighting, a burst of brightness to re-enroll it in its time. " Not to mention the psychological aspect of the forms: "Are they more or less round, pointed, octagonal? The signs have to refer very immediately to a collective imaginary. They can not be obscure or esoteric. They have to talk about something at first glance, "he says.

Pierre Katz believes that the intervention of a designer on a logo must pass almost unnoticed "when you look at a logo, you should not say ' what a beautiful logo ' but rather what a great brand," he explains. And adding "great characters are extremely readable. You can feel a spirit. It's like casting a comedian, it takes a timbre and a tone in his voice. The very nature of the letter has as its primary quality to be erased behind the text. "

To read more, find the complete article in the number 11/2016 of luxury forms http://www.formesdeluxe.com/